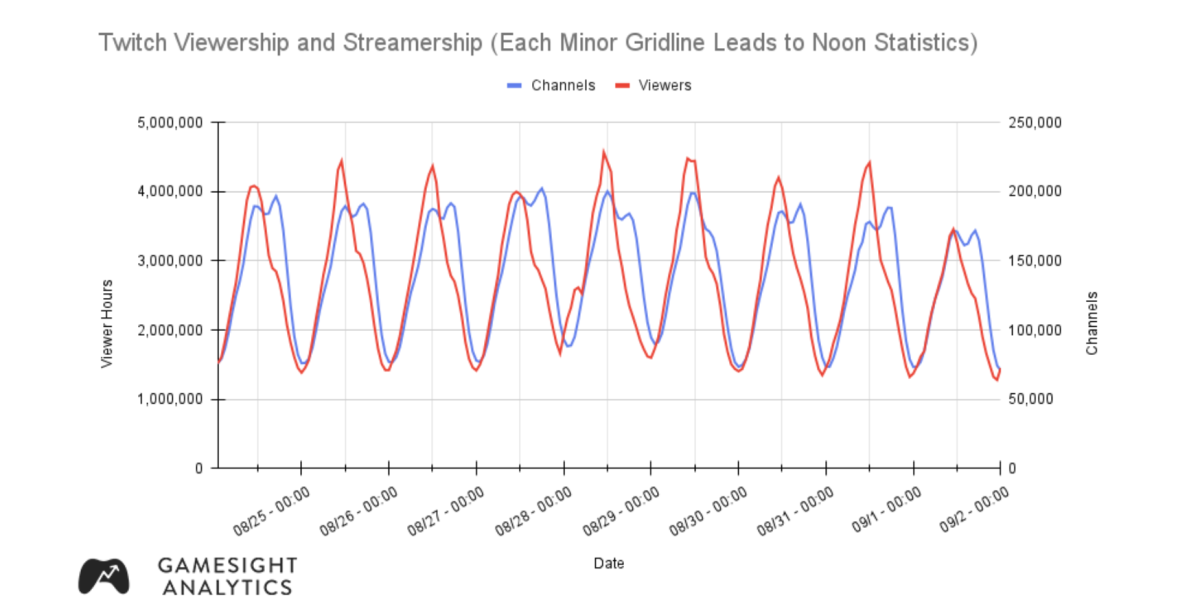 On Wednesday, streamers and viewers boycotted Twitch as part of an organized protest, A Day Off Twitch. Users wanted to highlight the platform’s issues with harassment, notably the surge in “hate raids.” The raid feature lets a streamer send their viewers to a channel. Some have abused this to target POC content creators with waves of racist and hateful messages.

With statistics from the analytics team at Gamesight, we can learn the impact the protest had. As you can see from the chart above,  Twitch lost about 1 million viewers during the protest, and the number actually represent the site’s lowest total for the year.

“We’ve compared yesterday’s data to bigger-picture averages as well as daily Wednesday engagement [to account for streamers who regularly take this day off] throughout the last two months, and we certainly view yesterday’s overall viewer hours as a notable anomaly,” said Gamesight CEO Adam Lieb. “The last time daily viewer hours on Twitch were this low was back over in Christmas during December 2020; this is the lowest viewer hours have been for all of 2021.”

You can see September 1’s numbers compared to previous Wednesdays on Twitch in the chart below. 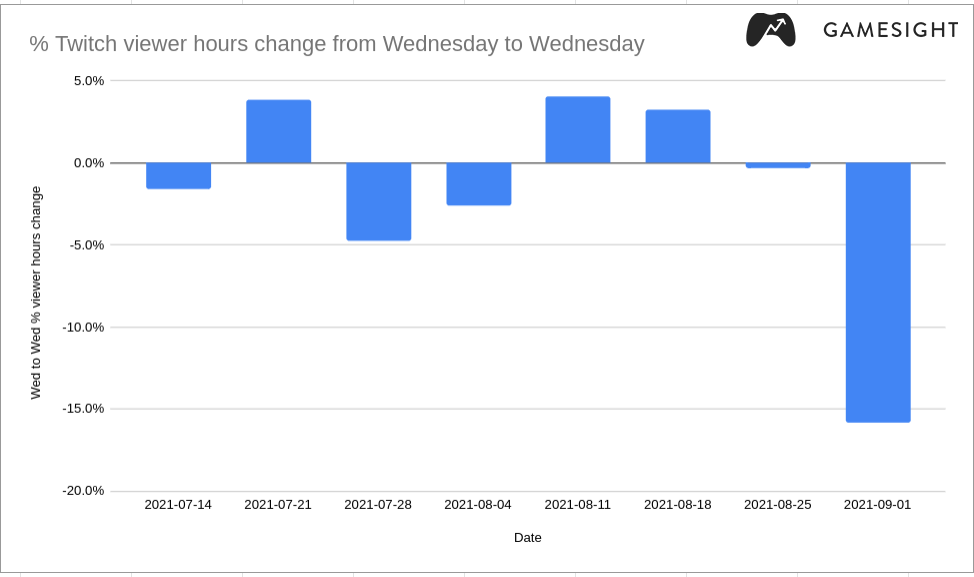 September 1 has 54,877,853 viewer hours. That is a bit more than 15% lower than the 65,167,792 viewer hours from the preceding Wednesday. Some streamers couldn’t engage in the protest, as some have contractual obligations with Twitch or sponsors that require them to stream. Otherwise, the drop could have been higher.

All of this is to say that the protest did make a difference. Today, Twitch has sent an email out to creators noting that it has heard the criticism and that it is working on measures to address hate raids.

Of course, promises of future support do nothing to help those suffering from the problem right now, and the tools that Twitch offers in the meantime clearly do little to protect its content creators. For many, it’s not enough.

@Twitch…… firstly my friend got this same email ages ago. (Quote: I got that weeks ago!) Secondly, how are you still working on tools MONTHS LATER when random viewers and streamers have banned together and developed bots and scripts in days, sometimes HOURS.
DO BETTER FFS! pic.twitter.com/SQAYHGa7vG

The @Twitch email about hate raids is reactive, not proactive, coming a full two days after the boycott. It once again puts the responsibility on streamers to manage these raids when they happen, with no concrete information on what *they* are doing about it #TwitchDoBetter

Hopefully, the real help will be coming soon.