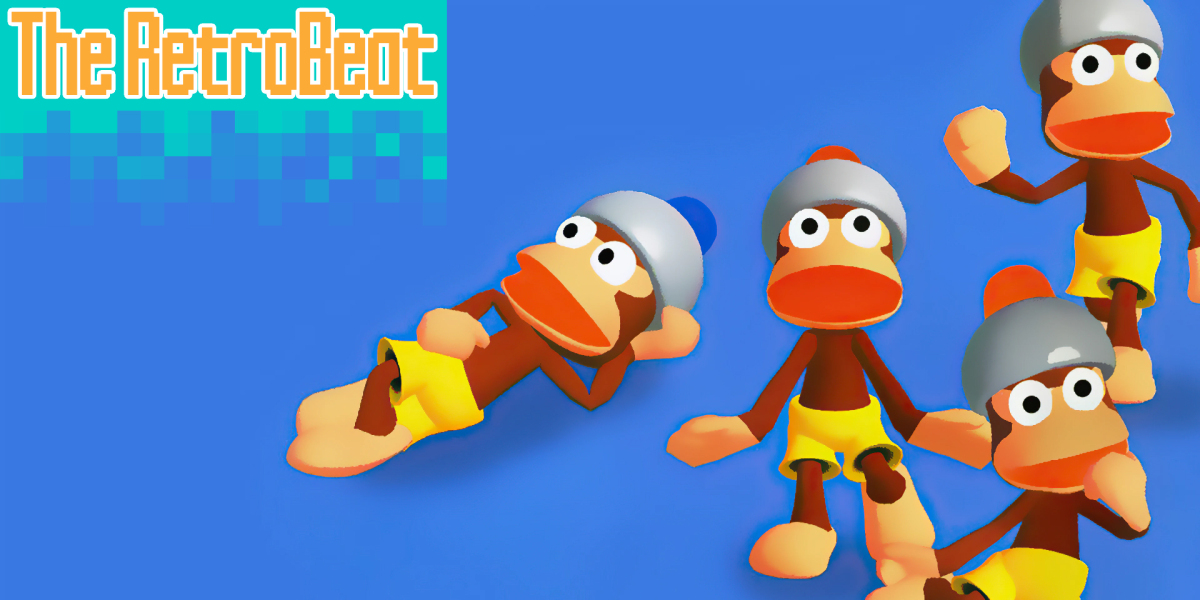 I enjoyed Sony’s PlayStation Showcase on Thursday. I’m excited for Spider-Man 2, Wolverine, and God of War: Ragnarok. But as a retro gaming fan, I am a little sad that Sony isn’t reviving any of its older franchises.

Now, that should change soon, as our own Jeff Grubb hears that a Twisted Metal reboot is on the way. But I wish Sony would do even more with its older IP. I want Jet Moto, Parappa the Rapper, Jumping Flash, and Ape Escape.

Actually, I really want Ape Escape. More than the others, it seems like a great fit for PlayStation 5.

The original Ape Escape came out in 1999 for the first PlayStation. Sony made the game to show off its new Dual Analog controller. Two analog sticks have been the standard in console gaming since, but this was a big deal back in 1999. In Ape Escape, you control the main character’s movement with the left stick, while your right stick handles all of your weapons and gadgets. So if you have the monkey-catching net equipped, you fling the right stick in the direction you want to swing it.

The PlayStation 5 has its own fancy controller, the Dual Sense. Sure, it’s not as revolutionary as the Dual Analog gamepad, but Sony loves to tout the PS5 controller’s special features, notably haptic feedback and adaptive triggers. But we’re approaching the PS5’s first anniversary, and we haven’t seen that many games take advantage of the Dual Sense. Heck, the pack-in Astro’s Playroom still remains the controller’s best showcase.

Sony should bring back Ape Escape to once again show off a fancy gamepad. Plus, you know, it means getting another entry in this dormant series. Ape Escape games are fun and colorful. They’re sort of puzzle-platformers, where you have to search out monkeys and figure out how to capture them.

Sony has a well-earned reputation for making high-quality first-party games, but they are beginning to feel a little similar. I like third-person action-adventure games just fine, but I do miss the kinds of cartoony  platformers that Sony and its studios once exceled at making. And yeah, we still have Ratchet & Clank, but I want more.

It wasn’t that long ago that it seemed like Sony couldn’t stop itself from making Ape Escape games. The first game got two sequels and a PSP take. Sony also released spinoffs like the PSP party game Ape Escape Academy. Then, following the 2010 release of PlayStation Move: Ape Escape for PlayStation 3, the series just … disappeared.

That’s a shame. The core idea of Ape Escape is still fun, and it deserves some exploration. A PS5 Ape Escape with Ratchet & Clank: Rift Apart’s production values and Astro’s Playroom-style Dual Sense gimmicks could become one of the console’s best games.

I’m all for these Marvel games and triple-A open-world experiences, but I hope Sony doesn’t forget some of its older, more offbeat IPs.

The RetroBeat is a weekly column that looks at gaming’s past, diving into classics, new retro titles, or looking at how old favorites — and their design techniques — inspire today’s market and experiences. If you have any retro-themed projects or scoops you’d like to send my way, please contact me.